"Powered by the first interactive 3D assets on OpenSea, Chainbreakers is a groundbreaking game and the perfect setting for future consumer blockchain experiences"
Alex Atallah
Co-Founder and CTO - OpenSea

"Chainbreakers will move blockchain gaming closer to current consumer gaming without any doubt. Having worked with them very closely, I would say that the team is incredible, passionate and knows what they are doing. Matic is extremely lucky to have them in the journey of blockchain mass adoption."
Jaynti Kanani
Co-Founder and CEO - Matic.network

"Chainbreakers is building the next generation of RPG, with a real interoperability between games and metaverses. You won't play a simple game, you'll play a full immersive cross-game experience."
Gauthier Zuppinger
Co-Founder - Nonfungible.com

"Once got an email from the team and I asked, ‘what time is it over there?’ ‘After midnight.’ When you love what you do, you will put in those extra hours and enjoy the process. Building a successful project is a long game and Chainbreakers team is getting closer and closer to where they want to be. They're crushing it."
Jun Gong
Co-Founder - Dapp.com

"The Chainbreakers team is brilliant, creative, and clever. I've had the pleasure to dive deep into blockchain gaming economics and technology with them, and we're very excited to collaborate and join the world they're developing in Chainbreakers."
Ben Heidorn
Co-Founder and CTO - Neon District

"I can't say enough positive praise we have for the Chainbreakers team. They're pushing the boundaries of the gaming blockchain space in a thoughtful, provocative, exciting way. We're delighted to be collaborators in the Chainbreakers world."
Scott Gralnick
Global Partnerships - Portis.io

"I love what the team is doing. Where they’re twisting the top off the standard RPG and replacing it with a distributed exploration mechanic. I’m really excited for the reverberations throughout the genre."
Christopher Chapman
Experience Architect - Decentraland

Learn how Chainbreakers enables players to monetize playtime and progress

Chainbreakers is a blockchain gaming franchise created by the webvr studio Qwellcode. The project was started in early 2018. During ETHBuenoAires in late May 2018, we showcased an early prototype to the Decentraland team. Our strategy-rpg should become one of the launch titles of the metaverse.

Items and units that can be acquired by the player are stored in non-fungible tokens (NFTs). These ERC-721 tokens are saved to the Ethereum blockchain. The complete game design is written in smart contracts that utilize the tokenized game assets in a transparent and trustful way. Trial of Artemis and E-Sports

Chainbreakers: Trial of Artemis will be shipped within the next two weeks. This title allows our franchise to enter the e-sport market. We…

Artemis, goddess of the hunt, is staging a strategic trial in which the players’ Chainbreakers pets are invited to playfully compete. Our… Today we unveil more details about the first two Chainbreakers quest areas in Decentraland. The “Forest of Solace” and the “Town of… Why we chose Matic Network over other Layer2 solutions

Today we explain in detail why we’ve chosen Matic to tackle scalability. The project will be lay the foundation of Chainbreakers’ tech…

Chainbreakers will be released for Decentraland but we won’t stop at that point. Today we unveil first insights of the next Chainbreakers…

"The Chainbreakers NFT Crowdsale Has Begun!"
Blockchaingamer.net
Read article from 2018-11-01

"Chainbreakers: A Crypto Game You Can Fall in Love With"
Egamers.io
Read article from 2019-01-11

"Why Is It Wise To Participate In The Chainbreakers Time-limited Presale?"
Dgaming.com
Read article from 2019-04-16

Looking for older articles? Browse the complete Chainbreakers archive on our Medium blog.

Chainbreakers is a strategy-rpg that integrates cryptocurrencies and digitally scarced game assets by design. Players are incentivised to earn MANA rewards by actively playing the game and strategically develop their assets. While the backend runs on the Ethereum blockchain and is programmed in Solidity smart contracts, the games virtual reality front-end will be accessed from the Decentraland metaverse.

The games quest areas will be deployed around the metaverse which requires the players to travel as the storyline progresses. Chainbreakers partners up with Decentraland land investors. For them it will be possible to receive MANA for hosting quest areas on their parcels. The number of rewards depends on the revenue generated on the hosted scene.

Chainbreakers is set in Ancient Greece, during the reign of a cruel government. Players enter the world and are tasked with supporting the rebellion. Gameplay elements include gathering suppressed slaves and integrate them into the players rebel squad to lean against the tyrannic system, claiming items and loot, and forging partnerships with other rebels to embark on the most dangerous challenges in the realm.

Stories about legendary relics and powerful items in mythological dungeons get spread throughout all levels of greek society. Units are executing orders while strategic leaders systematically train of units and acquire certain items to be prepared for more ambitious quests.

The player hires units and can level them in three different roles by sending them to quests. Units can be equipped with items that increase stats and enhance the chance to successfully solve quests to obtain loot and more experience. Quests that require more than one unit slot can always be attended in multiplayer mode.

Endgame raids require lots of high level units which forces the community to actively collaborate. Those units need to be trained in several roles to fit the requirements of the quest slots. A pvp mode is planned and will be implemented as soon as state-channel technology has matured.

Each quest area has a reward pool that is filled with MANA from the revenue is generated through gameplay: a percentage of the MANA spent in different questing areas is contributed to these reward pools. A certain percentage of this MANA pool is then periodically set aside for the players in that quest area.

The amount of the rewards are calculated based on how much experience different units earn, and can be withdrawn at any time. To save gas fees, players can withdraw their MANA rewards every other period (or less).

Items contribute a large chunk to the total power of a unit and can be passed down to lower level units once out-leveled. By managing units in multiple questing areas, players can maximize their rewards. So, more powerful items can be considered as a more valuable long term investments.

Chainbreakers is part of the Decentraland metaverse and can be accessed from any modern browser. The WebVR game will be playable on desktop, mobile and VR headset. Any greeting, conversation and quest description is translated into an audio file by an AI based text-to-speech algorithm to spare the players eyes while playing in VR.

Non-fungible tokens are stored on the Ethereum blockchain. The whole game design is written in smart contracts which enables transparent and fair gameplay. 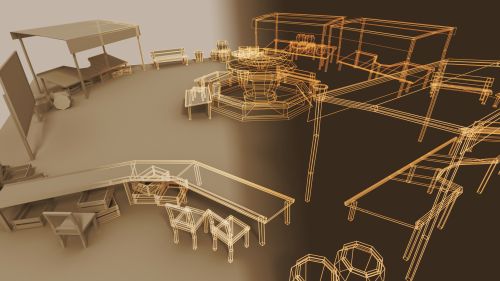 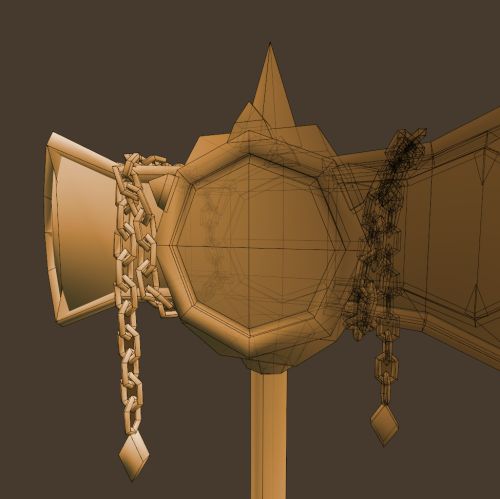 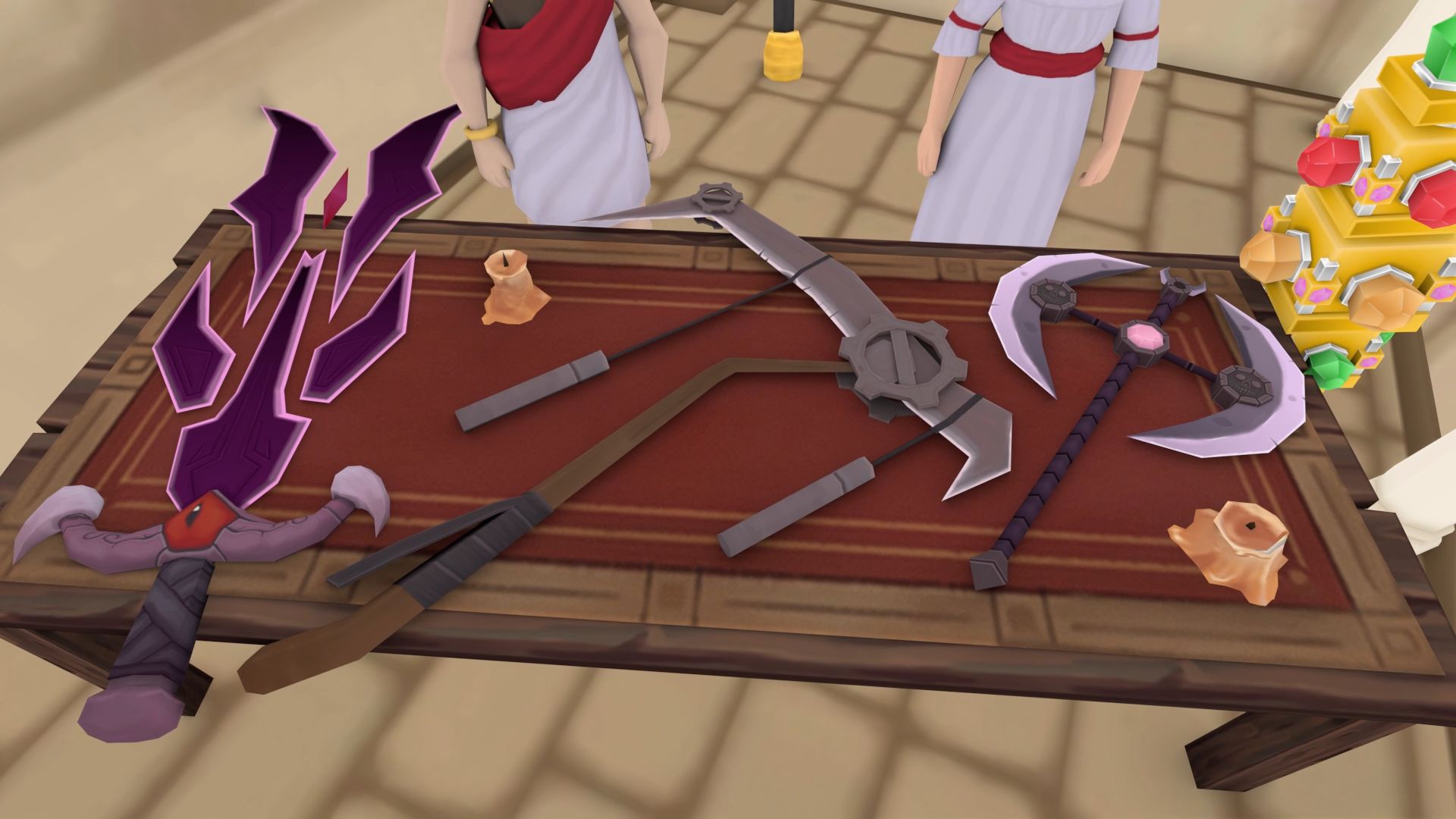 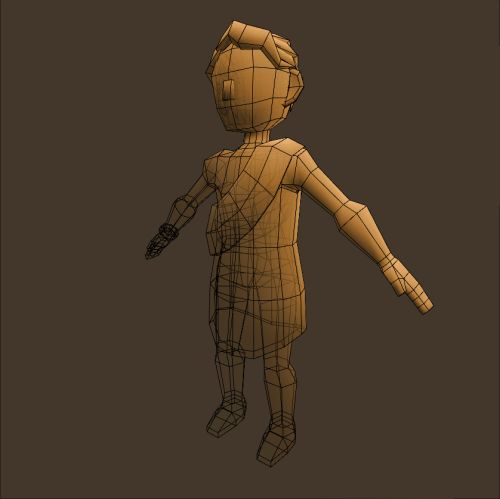 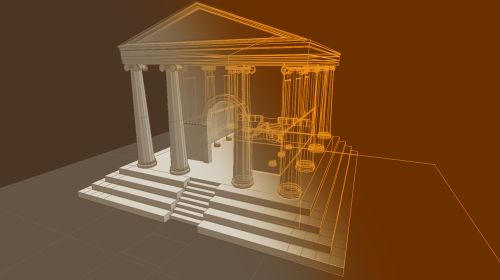 The art team is working on various quest areas that will be deployed around the Decentraland metaverse. The general public will be able to explore this ancient greek world with Decentraland's launch. 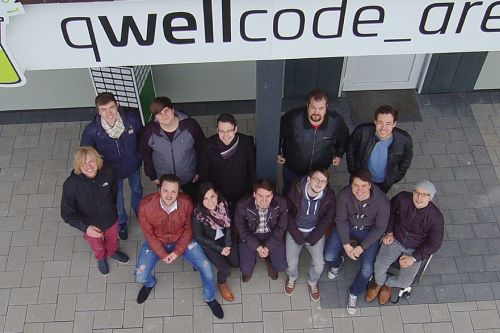 The Germany-based virtual reality studio Qwellcode is actively developing Chainbreakers. The company currently employs 15 people and focuses on the development of blockchain games and webvr solutions.

The first version of Chainbreakers has been demoed at ETHBuenosAires in May 2018. After talking about our ideas and plans, we decided to make Chainbreakers a Decentraland launch title. Since then we've expanded our community to over thousand members. The first Chainbreakers title will be launched on Decentraland in September 2019 before the team focuses on the next title.

Chainbreakers is currently raising the seed round for their next title. The upcoming 3D blockchain game aims to bring MMORPG feeling to the browser. Feel free to request a deck. 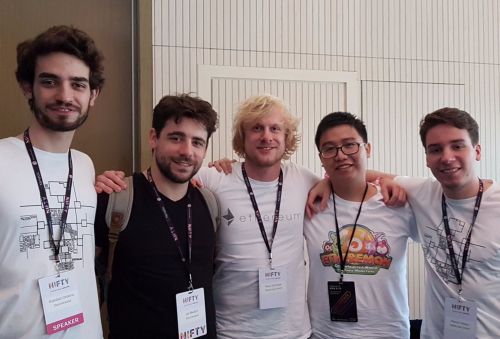 Chainbreakers is going to be VR launch title for Decentraland. Our team has been working with them for months and beliefs in the pioneering implementation of their decentralized metaverse.

Chainbreakers will integrate the Matic Network plasma EVM side-chain to provide second layer scalability. With Opensea and Matic we can build blockchain-based trade interfaces and auction houses that can be accessed from our 3D browser dapp.

We've also partnered with Portis. This project allows users to register and login to web3 with an email adress and password. This vastly reduces onboarding barriers and allows cross-device gameplay.

An OpenSea integration is going to provide a smooth crowdsale and more importantly a reliable and trustworthy second market for Chainbreakers player base. The Chainbreakers auction house will utilize their smart contracts for example. 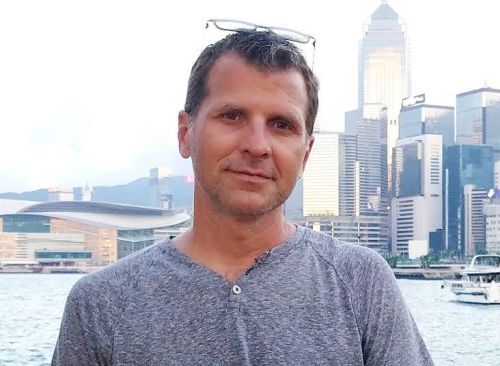 Before joining Decentraland as Experience Architect, Christopher Chapman designed and created all sorts of fun games and entertainment experiences at Disney. Now, he’s eager to help build the next version of the internet at Decentraland.

With over 20 years of experience in the gaming industry, Chris brings a wide set of skills that will help us make Chainbreakers the best game that we can. Read the full announcement on our Medium blog.

Update: Chris is now employed by Neon District. Our project lead had a fireside chat with Margueritte (their CEO) about NFT interoperability at the NFT.NYC conference in February 2019.

Deploy the beta of the Decentraland title to Matic Testnet. This version is to be balancing. Feedback on gameplay and UX for the first time.

Release of the Chainbreakers: Trial of Artemis Game on Matic Mainnet. This title emerged out of previous layer-2 research.

Shipping the first stable build of Chainbreakers for Decentraland. The game is playable on Layer-2 from within the Decentraland client.

Apply the learnings from ToA and the Decentraland game to create an open-world browser game that utilizes existing NFTs.